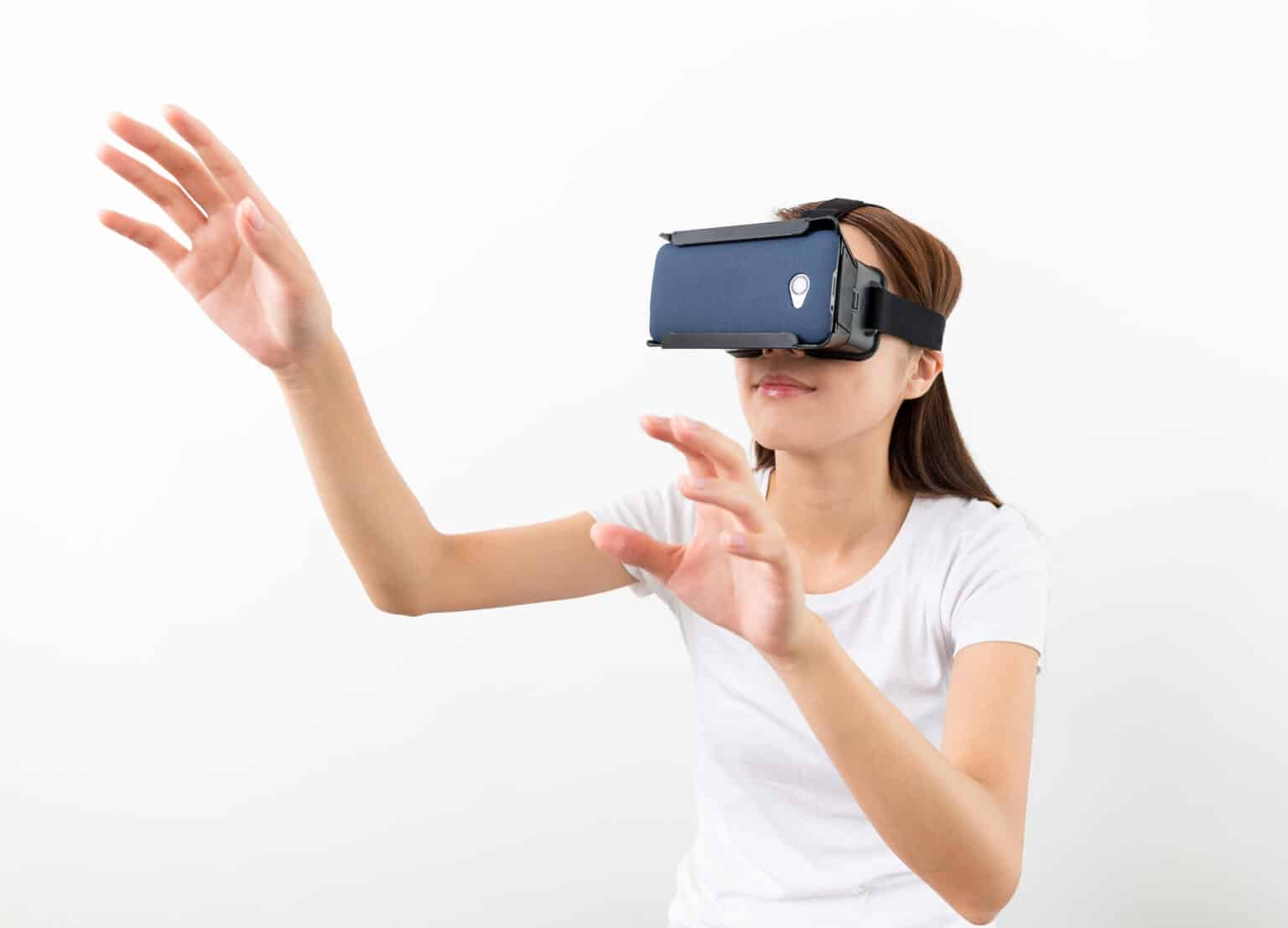 How will virtual reality impact business?

Just like in the movie Back to the Future II, where it was predicted that we’d all be driving flying cars and that the Chicago Cubs would win the World Series, the crazy dreams of a distant future have a way of catching up with us. While we will soon find out about the Cubs’ destiny, the fate of virtual reality is already upon us.

For a long time, virtual reality (VR) seemed to always be a few years out – something to look forward to. We all knew that a promising technology would eventually arrive, but now that it’s actually here, how will it change the way we work and learn?

Virtual reality will revolutionize our world

Today we have hardware that is making those once-futuristic dreams a reality, and it’s challenging businesses to think in creative new ways.

VR’s greatest influence won’t be in gaming—it will be in the business world.

More and more companies are investing in VR technology, and not just for fun and games. While most of us are familiar with the obvious gaming implications of virtual reality, there are a number of business directions this technology will expand as well. As VR technology continues to develop, the uses for simulated environments are growing exponentially.

This past summer Facebook acquired Oculus VR for $2 billion, and Mark Zuckerberg said in a statement “This is just the start. Imagine enjoying a courtside seat at a game, studying in a classroom of students and teachers all over the world or consulting with a doctor face-to-face—just by putting on goggles in your home…One day, we believe this kind of immersive, augmented reality will become a part of daily life for billions of people.”

While virtual reality, VR controls, and other devices have been around for decades, it’s the stronger computing power that’s allowing us to do more with it today.

Telepresence and augmented reality are the game changers in this space. The ability to render live video and graphical animations together in real time as well as the ability to manipulate multiple streams of video together at once using multicore processing power is what is changing this space, allowing for the real world to be combined with virtual ones.

While there are several other virtual reality and augmented reality hardware on the market, Microsoft’s HoloLens is a fine example of the combination of human and machine interaction in the workplace.  HoloLens seems to be the most business-focused of VR products, and the one best primed to propel more widespread use of virtual reality solutions in the workplace. Some have even gone so far as to suggest that the HoloLens will replace the PC as the preferred workspace computer. All Microsoft software, including productivity apps like Microsoft Office and communication programs such as Skype, as well as third-party apps, could eventually run on HoloLens, predict some analysts.  See more information from my previous article on HoloLens.

What creative VR applications are emerging that will reshape the landscape?

Realistically, how will we use VR as part of our real-life at work? And, how will this directly impact our productivity in the business world?

The enterprise impact of VR should be better working spaces, better ways to work remotely, and better ways to escape reality. Besides virtual team meetings in the same room, which is already happening on a wide scale, let’s talk about how VR is likely to change and enhance the business world we live in.

From design to development, virtual prototyping saves time and cost in industries such as aerospace and shipbuilding, and means mistakes are caught early. Here are a few more examples of how VR is improving business processes and procedures, and helping big industries save time and money.

How virtual reality is shaping healthcare

Telemedicine has been one of the first uses of VR headsets, allowing remote doctors to see as if they were looking through the eyes of a technician or doctor next to a patient. Surgeons can use VR technology for training or to practice difficult procedures before trying them on live patents.

How virtual reality is shaping robotics

With robots and controllers, remote operators can use VR to place themselves in the head of a robot or in the virtual pilot seat of a drone. You could suddenly be where the action is, even if it is in another hemisphere.

NASA’s Jet Propulsion Lab is using this technology to put scientists on Mars and use the Mars rover remotely to allow these scientists to work as if their offices were actually on Mars.

How virtual reality is shaping modeling

Building models is clearly one of the most ideal places to use VR. Using modeling tools to design a product, be it a car, a computer, a space station, etc. allows companies to predict how a new concept might perform before actually producing it in real life.

As an architect, you could show what a building will look like inside and out from a unique perspective almost identical to being there.

This type of modeling could be particularly useful for space planners, who could work more closely with employees to create office space that they liked and that made them more productive.

How virtual reality is shaping tourism

Virtual reality technology will have a huge impact on the travel industry in the future, allowing people to get a taste of potential holiday locations before they commit to them. Companies like South Africa Tourism, who created the world’s first virtual tourism experience, are investing in creating fully immersive experiences using a series of cameras in 3D printed mounts to create a full 360-degree effect.

How virtual reality is shaping training

NASA and the armed forces already commonly use virtual reality in training, and the implications for classroom and business training are starting to actualize more frequently, especially as the workforce becomes more spread out geographically.

How virtual reality is shaping retail

Companies like Northface are using VR to elevate the overall in-store experience by giving customers a one-of-a-kind experience while browsing for outerwear.

Customers can virtually climb a mountain or rock-climb a wall, creating a way for shoppers to look at how North Face products perform in the outdoors, and to experience how they would wear and use them.

Right now we are witnessing the inevitable evolution of the digital business. It is making us question current business models, investment and risk decisions, interaction and formation of partnerships, workforce profiles, and specifically how companies react and interact in the digital world.

What we are seeing now is just the start. As VR technology advances, we’ll be able to interact with virtual worlds much as if we were actually there. With tools like AMD’s LiquidVR and advancements like HoloLens, it shouldn’t be long before more of us are working in a virtual world. And, really, who wouldn’t rather work on a beach than in a cubicle?

Remember when smart phones weren’t a part of the work force? It was not all that long ago! Now, we can’t seem to imagine a world without them. Five years from now, how will we be using VR in the workspace? How will you or your company leverage VR to make faster, smarter, and more profitable decisions? Send us your ideas in the comments. We’d love to hear from you!

Right now, the future looks bright! Well, maybe not for the Cubs.

For more information on Microsoft’s HoloLens, see Microsoft HoloLens – A New Way to See the World