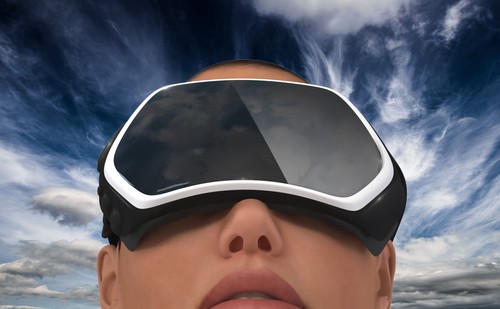 Seeing things in a new reality

World, the way we see, hear and experience things is starting to roll right onto our heads. I’m talking about the first wave of virtual reality headsets beginning to hit the market. Expected to be the game-changer in wearable technology, we’re finally starting to see things heating up as the HTC Vive and Oculus Rift step into the ring. Let’s see how these two hold up.

After nearly two years of hype and $2 billion later, Facebook’s Oculus Rift is set to begin shipping March 28 with HTC’s Vive coming April 5 and Sony’s PlayStation VR later this year. These wearables will be the first full VR experience headsets to hit the market – and the growth is only expected to become greater. Market researcher TrendForce reported VR hardware and software is expected to become a $70 billion industry by 2020, according to Re/Code.

The biggest selling points of these wearables are unlike any other we’ve seen before, according to Forbes. VR headsets pave the way for all sorts of new ways to interact with our world, including these cool tricks:

The difference between these three is fairly striking, from retail price to features and functionality. For gamers, Oculus Rift offers a guaranteed wealth of games built just for VR. However, HTC’s Vive gives you the power to move around a space physically and virtually with room-scaling capabilities. Sony seems to fair alright, but is trying to aim more for the PlayStation 4 owners.

As many of you know, I do enjoy my Xbox games, and Xbox One games will work on Oculus Rift. If I had to pick between these two big names, I’d put my money into the Oculus Rift. I believe we can expect to see more of the mentioned capabilities with Facebook and Microsoft’s backing behind it. However, I probably wouldn’t tap into the business or stress-testing aspects of VR, which is why I will be waiting a few years before I consider this technology experience for my lifestyle.

Where do you see VR fitting into your life?