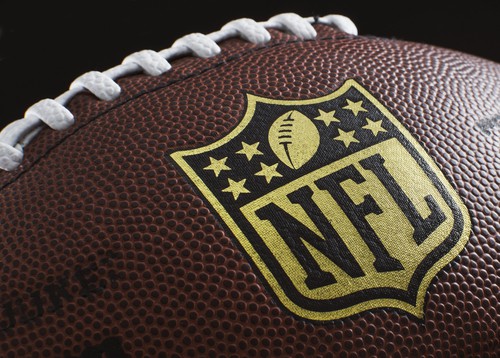 For the NFL, technology is a game changer

Instant Replay, AstroTurf, First and Ten Lines, Skycams, Jumbotrons – all of these were considered high tech at one time. My, what a long way we’ve come! Let’s take a look the latest technology being employed by the NFL these days and its impact on the game.

In the NFL, analytics is the new normal

These days, every NFL player’s move is tracked and analyzed. It will become common for television viewers to see an individual player’s miles per hour (MPH) stat more and more.

This is the first NFL season in which all NFL stadiums have been outfitted with receivers throughout the venue that triangulate the players’ movements. These devices can track the players from up to 1,000 feet away. Players and the field officials are tracked at least 15 times per second. The technology, created by Zebra Technologies, can even tell which way a player is facing in real time.

According to Zebra, here’s the data being tracked in real time:

“Basically, we can take all of the specifics that are tracked in a game and automate them,” says Jill Stelfox, a Zebra general manager. Current operations generate 2 to 3 gigs of data per game. But, the NFL keeps most of the data private, and will not share it amongst the teams, as data provided to coaches in real time during a game could impact the outcome.

It will be interesting to see what the NFL does with this information. “Ultimately, we want the game to be fair and balanced,” says Matt Swensson, the NFL’s senior director of emerging technology.

The NFL has invested millions of dollars in search of ways to limit concussions, a problem that has plagued the league and its players for decades. The NFL, Under Armour, and GE will make up to $20 million available to organizations that are working on new technologies.

The U.S. Army Research Laboratory developed helmet tethers that adjust to the rate of movement. The straps increase resistance during quick head movements, such as when a player is tackled and hits the ground. And at low speeds, the straps provide free range of motion.

Detroit-based Viconic Sporting has developed a turf under layer product that cushions impact and the company is exploring how the material can protect against head and lower limb injuries.

Seattle’s own University of Washington is also working on a football helmet with an impact-absorbing structure.

Using technology to get better sleep and increase performance levels

In Week 4 of this season, the Jets traveled to London to play the Dolphins. The Jets coach wanted to make sure his players got adjusted to London time as quickly as possible before game time.

Waiting in each player’s hotel room was a kit, purchased by the team for around $100. It contained orange-colored glasses for players to wear while using their phones or studying film on tablets late at night. They are designed to block the short-wavelength light emitted from electronic devices that can interfere with sleep by keeping the brain awake. Also included in the kit was a Litebook, the iPhone-sized device that resets circadian rhythms by waking the body up according to the new time zone with a beam of 10,000-lux white light.

At first the players balked. Then, the NFL Players Association filed a grievance against the league and its 32 teams to cease and desist monitoring players’ sleep without the union’s permission.

But, coaches and most players know that sleep is the obvious, cheapest, and most accessible natural performance-enhancer in the NFL.

Surface & the sideline of the future

Last season, Microsoft struck a$400 million deal with the NFL to make the Surface the official tablet of the NFL. Surface helps NFL teams, coaches, and players do great things both on and off the field.

Surface is changing how the game is played. Coaches and players are writing and reviewing plays on the sidelines with the same pen and tablet fans are using at home.

According to the NFL, the tablets remain in the league’s possession during the week so teams can’t modify them and are provided to teams before the start of each game. The tablets are configured so teams cannot access the Internet or install anything that might give them a competitive advantage; they can only be used for coaching. The league collects the tablets as soon as the game ends, and they are stored until the next week.

Blake Bortles, quarterback for the Jacksonville Jaguars, says “I think Surface is an ideal device for an NFL quarterback because it allows you to do so many things, all the way from tracking my diet to attacking a defense.”

Just don’t call it an iPad, like so many commentators and players have done inadvertently!

The NFL faces a new challenge: how to delicately balance new technological innovations while respecting and preserving the game’s traditions, integrity, and equity. It’s difficult to predict what will be next, but you can bet that technology is always going to be a game changer.