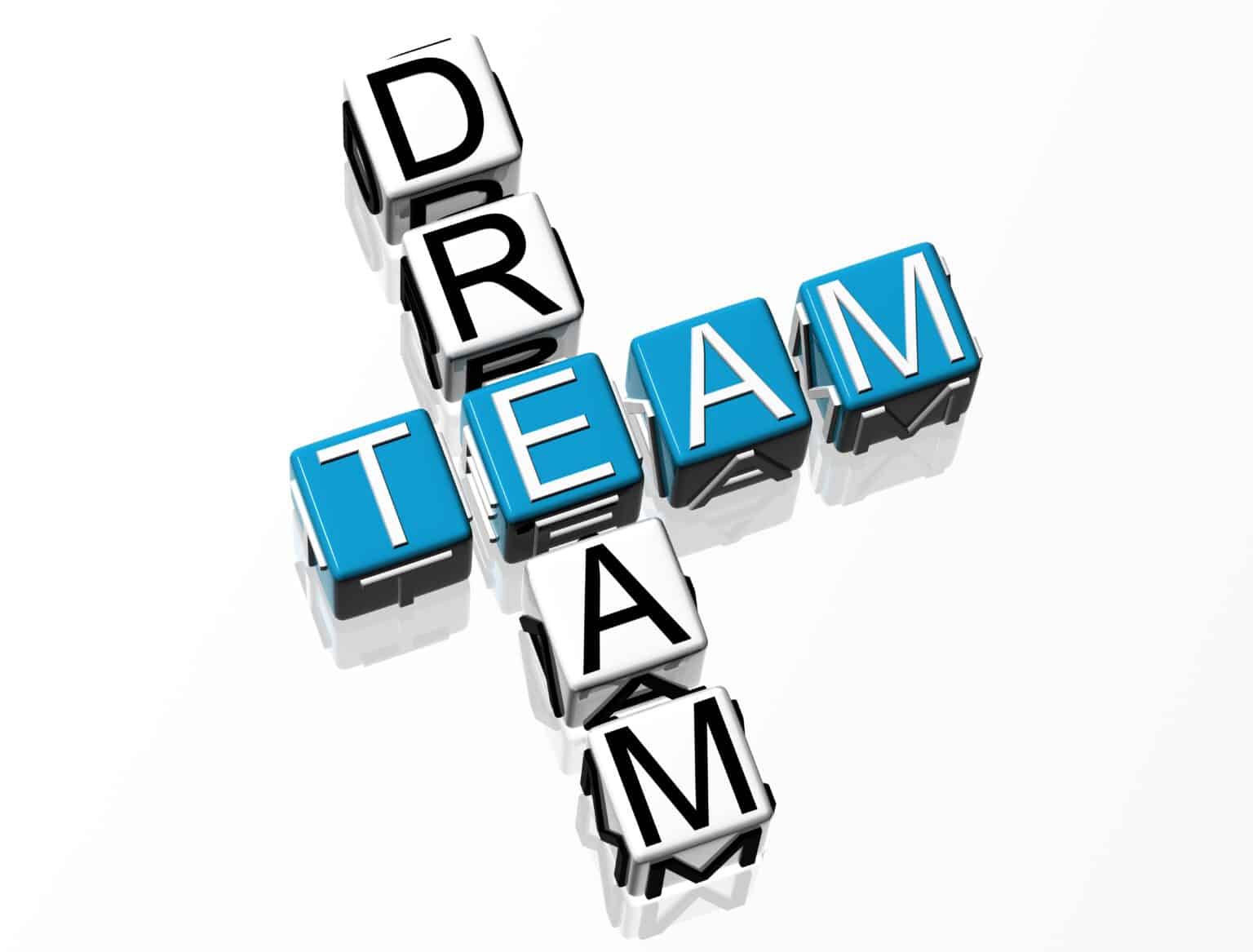 Debunking the common myths of building your dream-team

We love to see high performance and innovation on effective teams.  However, research clearly demonstrates our well-meaning common communication practices and team-building exercises could be misplaced and ineffective.

Have you fallen into one of the four following dream-team myths?

Myth #1 Everyone can be on the team!

Who’s on your team?  If everyone is, you don’t have a real team.

By definition, a team is evaluated by goals requiring inputs from two or more individuals. In contrast, a working group is evaluated based on individual contribution tasks.  Therefore, no large or complex organization can be truly called a team.

Research by J. Richard Hackman, the Edgar Pierce Professor of Social and Organizational Psychology at Harvard University, shows that often no team is better than an existing team if the boundaries are not scoped appropriately.  Hackman’s interviews with 120 senior teams revealed that nearly all executives believed their team had unambiguous boundaries.  However, when asked to describe the team, fewer than 10% agreed about who was actually on the team.  And these were teams of senior executives!  So first, decide who’s on the team.

According to Hackman, as a rule of thumb, team numbers must stay below double digits.

It’s managing links between team members that gets the team in trouble. The work required to manage links for each additional team member increases at an accelerated, almost exponential rate.

On a large financial organization’s executive group, findings showed the CFO needed to be excluded from the leadership team.  He shut down discussions that started and stifled creativity.  The team just worked better when he wasn’t there. Instead, the CEO pre-briefed and de-briefed with him to gather his input and relay directives.

Teams that produce something original include deviant members.

But in this scenario, lack of harmony produced lower results.  So why did this team function better without the CFO?

Harvard Business Review’s studies showed that teams with deviants who asked questions that challenged the norms produced creativity, learning, and originality that differentiated final results markedly from the teams without deviant members.

Myth #3: Team familiarity and tenure make people complacent and stop challenging each other

After we’ve worked together for years, will we stop challenging one another because we’re too comfortable and start to simply accept each other’s foibles?

The problem is teams are often not given enough time to settle in and build trust for members to have confidence enough to challenge and be challenged.

The badges collect data on individual communication behavior—tone of voice, body language, whom they talked to and how much the spoke with each other, and more.  They were used on teams in a variety of industries and settings from manufacturing, to management, to call centers, IT, and others.

Finding showed that the best predictors of team engagement occurred not during scheduled meeting but outside schedule meetings.  Researchers defined the communication patterns with high-performing teams as a “buzz” outside of formal meetings.

To test the hypothesis, against industry accepted best practices they advised a call center manager to alter break times so that employees could socialize with one another, instead of spreading their break times out.  Productivity increased by more than 20% among lower-performing teams and decreased by 8% overall at the call center. Employee satisfaction has risen across the call centers, sometimes by more than 10%.

So, to hit your goals: define and bound your teams, keep them as small as possible (under ten), make sure you have at least one deviant who asks hard questions and doesn’t shut conversation down, give your team time to settle in, and don’t worry if meetings don’t have the buzz you want — but encourage it outside the meetings.